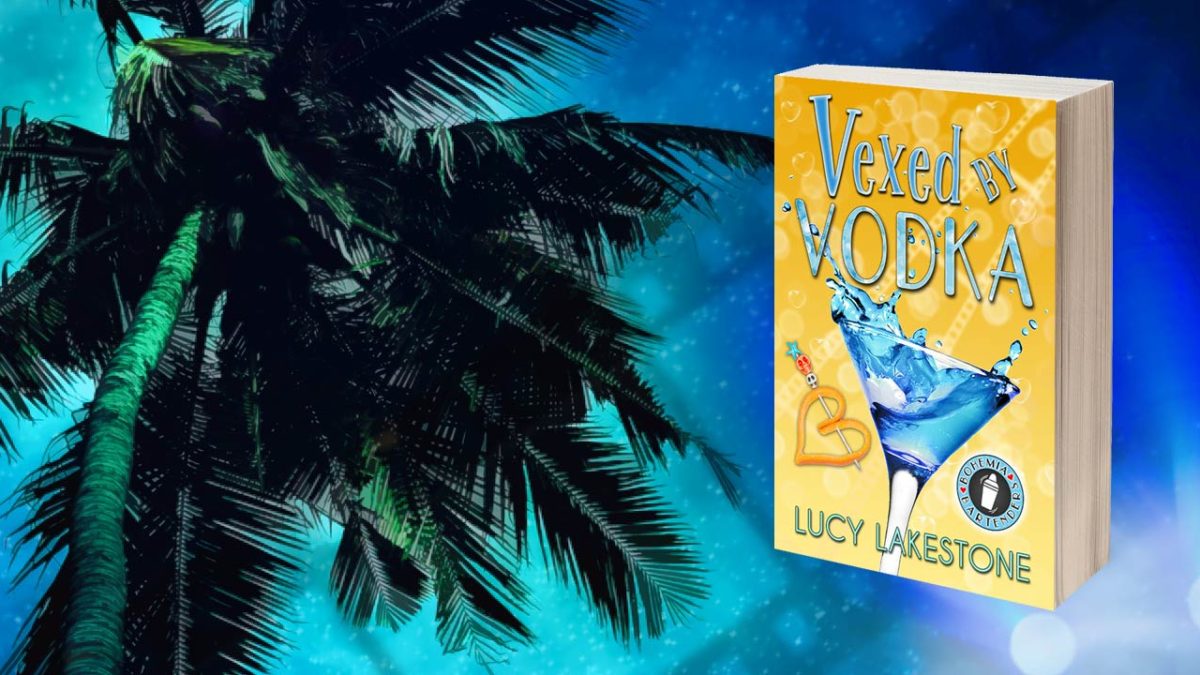 A Florida film festival with real Hollywood stars … a mysterious treasure … a garnish-eating dog … it’s all in Vexed by Vodka, Bohemia Bartenders Mysteries Book 3, which is live today!

And Risky Whiskey is 99 cents for a VERY limited time, in case you want to start at the beginning. You don’t have to, but there are threads that run through all the books.

I dedicated this book to my friends at the Melbourne Independent Filmmakers Festival. That’s in Melbourne, Florida, by the way, not Australia. It’s a small festival with a huge heart, and all its proceeds go to charity. I’ve even had a few films in it myself, under my alternate identity. I love how it celebrates the indie artist spirit. Every creator gets a chance to walk the red carpet.

“This is the third book in the series and the best one yet. … I was laughing at their crazy antics throughout the book.”

“The mystery behind the disappearances of Reggie and friends and the sunken treasure kept me guessing until the end. … Quirky, naughty, nerdy, intoxicating and unique, Vexed by Vodka is a smashing cocktail.”