The first novel in a funny, fresh mystery series …
NAMED ONE OF THE BEST BOOKS OF 2020 BY THE BOOK DECODER 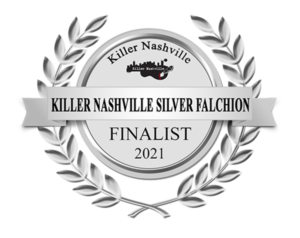 Risky Whiskey is the first book in the Bohemia Bartenders Mysteries, funny whodunits with a dash of romance set in a convivial collective of cocktail lovers, eccentrics and mixologists. These quasi-cozy culinary comedies contain a hint of heat, a splash of cursing and shots of laughter, served over hand-carved ice.

“I had a little too much fun reading this book! … a well written fun mystery full of surprises and well rounded characters offset by an intriguing atmosphere. A must read for cozy fans. I totally loved it so I give it 5/5 stars.”

“A fast-paced mystery with drinks and fun characters taking charge. … I think that Ms. Lakestone has a hit here. The Bohemia Bartenders Mysteries is a great series. I am rating Risky Whiskey by Lucy Lakestone with five stars.”

“Of all the cozy debuts I have read this year, Risky Whiskey is the best! … Lucy Lakestone is a marvelous storyteller.” 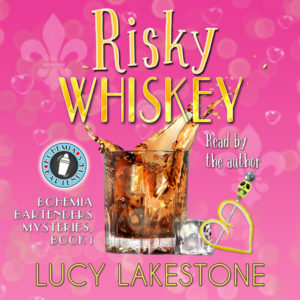 GET IT IN AUDIO:

There’s a lot of fun flirting, deadly chases and mixed drinks (who knew bartending could be so fascinating?) to make this the perfect first book to what promises to be a unique and wholly entertaining series. I highly recommend it!