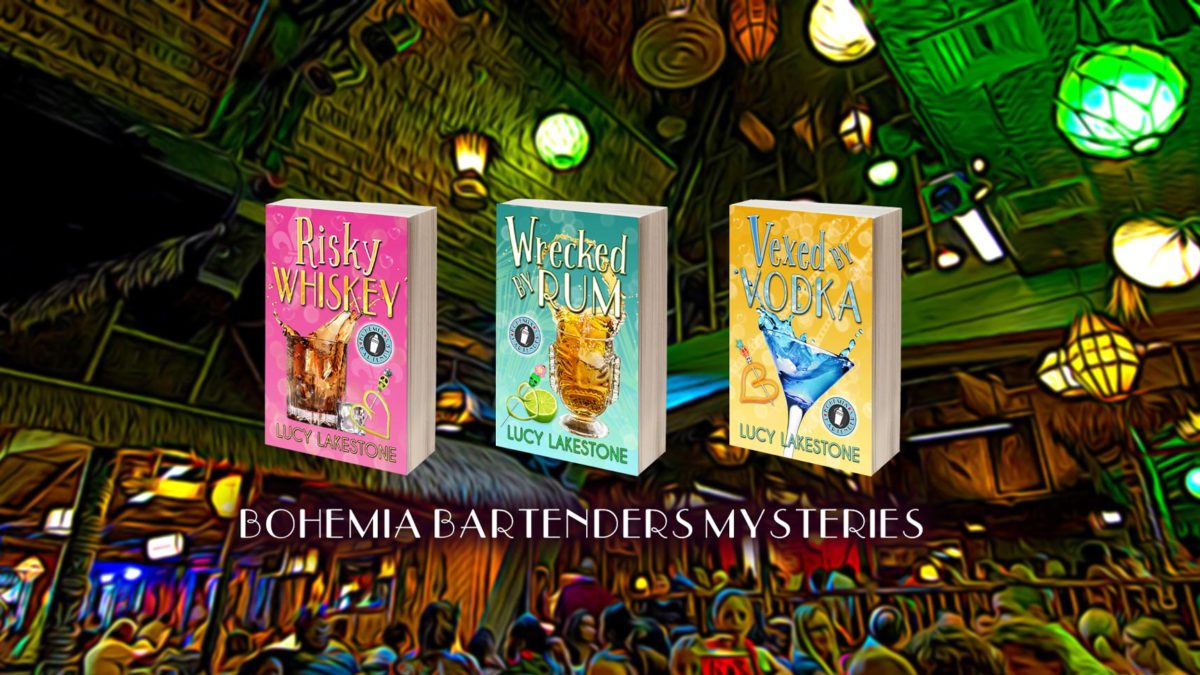 We’re at Book 3 of the Bohemia Bartenders Mysteries already? I can hardly believe it either. I daresay this one is even more fun than the last one, maybe because it has at least two mysteries to unravel, not to mention Pepper’s obnoxious ex-boyfriend. I hope you enjoy Vexed by Vodka, which releases Tuesday!

To celebrate this new novel, Book 1, Risky Whiskey, is on sale for 99 cents for a VERY limited time. It’s on all the vendors. Get all the links here.

Without further ado, here’s the book trailer for Vexed by Vodka.